The term ‘sand flea’ can apply to exactly four completely separate species (http://en.wikipedia.org/wiki/Sand_flea), and they’re all very different. Some of them bite, and some of them don’t.

This is called a sand flea: 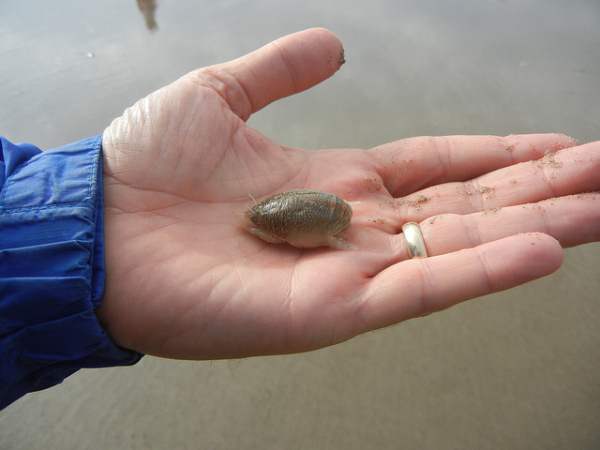 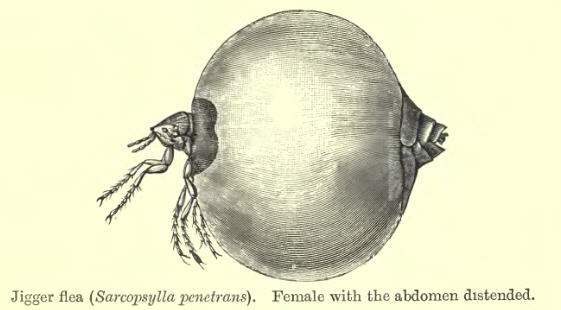 …plus this little guy: 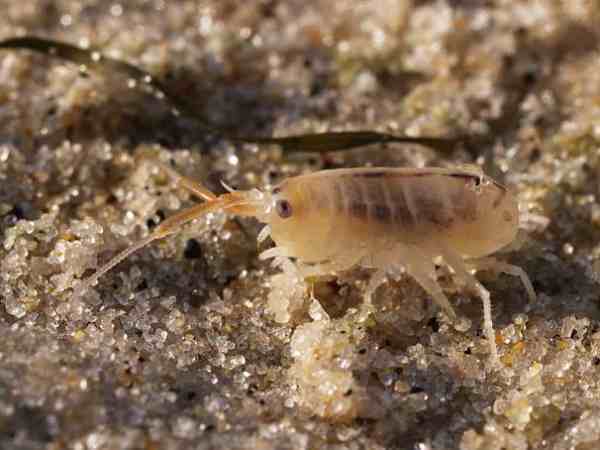 …and finally this girl.

Half of these ‘sand fleas’ bite and half do not. The first is a type of fly and the bites tend to be pretty mild, but can spread terrible diseases (and by ‘terrible,’ I mean ‘deadly’). The second is an actual flea and, while it doesn’t usually transmit rabies-like diseases, can absolute destroy your flesh – primarily the flesh around your feet. The third, while being the critter that people most use the word ‘sand flea’ to talk about, doesn’t actually bite people – and is a shrimp-like creature. The fourth, and final one, also doesn’t bite people.

The first example of what some people call a sand flea is also known as a sandfly.

Sandflies are black and look like very small versions of the more common house fly. Unlike the typical house fly, they bite, and these bites can be both painful and unsightly.

Bites from this kind of sand flea are typically large, red and itchy. Sometimes they can develop into a rash, covering the entire affected area. Itchy skin might not be the biggest problem you could be facing from a sandfly bite, however. Sandflies may sometimes carry, and transmit, the Chandipura virus.

The Chandipura virus is related to the rabies virus – otherwise known as the most lethal virus to mammals once symptoms arise. Much like its more well-known cousin, Chandipura is also deadly. It is encephalitic, which means it causes an inflammation in your brain, which is not a place you generally want an inflammation to crop up. The most recent dramatic outbreak of Chandipura virus was in India in 2010 and killed 17 people.

Our next ‘sand flea’ packing a terrible punch is more commonly called a jigger and is an actual flea – and the smallest of its kind. Don’t let its size fool you, however. Jigger sand fleas will wreak havoc on your body if you become infested with them.

The affected area surrounding where a female sand flea of this type has burrowed into the skin can develop into a blister with a little black dot in the center – which would be the flea, itself. Bites typically happen on the feet and cause such complications as loss of the nail and toe deformation.

While initially itchy and irritated, sufferers may be tricked into thinking the problem has passed as callouses cause the area to become less sensitive. Make no mistake – this does not mean that the danger has passed.

Jigger sand fleas should not be confused with chiggers, which also bury their heads into the skin of their host.

1 thought on “What do Sand Flea Bites Look Like”